In the New Normal, Who Gets the Gig?

This glimpse of the future was crafted by: Garth Rowland

You would assume in Hollywood that collaboration is an essential ingredient in a blockbuster, but not so for Jodie Foster and Anthony Hopkins who avoided interaction with each other for the entire The Silence of the Lambs shoot to stay in character as much as possible. It worked a dream with both picking up Oscars for Best Actress and Best Actor respectively in an enormously successful movie. Yet, after filming wrapped on the 1991 shoot, the cast and crew did what they usually do when a film finishes: they moved on and went their separate ways.

Hollywood has always been a freelance business. Long before the gig economy became mainstream, the movie industry was thriving on the same model that crowdsourcing platforms use today: project-based, flexible, short-term, unpredictable work.

While the gig economy has been flourishing in other industries over recent years, the onset of COVID-19 has opened the floodgates. As big corporates, including law firms and professional service companies, have retrenched hundreds of staff due to dried-up work, an increasing number of start-up businesses have been registered in the last few months. What will be the unintended consequences downstream? These highly skilled professionals are able to offer their services, typically to the exact same customers that they used to serve, at a cheaper rate due to lower overhead costs and a need to earn a crust quickly.

But what happens to the organisations that had to unfortunately let these people go? Will it be as easy as production crews going their separate ways? Maybe not.

As freelance workers are increasingly rife across virtually every industry, many corporates and white collar professional services organisations are unwittingly sowing the seeds of their own disruption right now by inadvertently creating a job market of freelancers. The reduction in workload, caused by the pandemic, results in senior executives making the only recommendation they are trained to do – cutting costs to meet the reduced revenue pipeline. Coupled with existing freelancers and an increasingly smaller world, the ability of the gig economy to infiltrate traditional consulting worldwide is at an unprecedented scale with the pandemic allowing everyone to become acquainted with the opportunity.

How could businesses learn to innovate around the gig economy as we grapple with skyrocketing levels of unemployment rather than create a new low cost competitor? How could it be harnessed to grow employee loyalty?

Zig instead of zag

Herein lies the innovator’s dilemma. Smart people, who run corporations, make seemingly sensible decisions, setting up their own hyper-competitive environment. But is there another way?

First of all, there has to be the realisation of the need to recognise the problem and look for alternative ways to react, and choose a path that’s the opposite of the way every other organisation will invariably react. Instead of cutting labour costs to meet the reduced revenue pipeline caused by the pandemic, businesses can take a more proactive route to innovate – not dwelling on the loss but focusing on finding opportunities. The smart move is to pivot by deploying the mind and energy and intellect from these talented but perhaps underutilised staff, into new offerings, new services, or their own low cost disruptive business options and getting them to do it internally within the business, rather than in opposition to the organisation.

For example, after COVID-19, Zhejiang University (ZJU) closed their doors and switched to an online education program while maintaining the university calendar. Within two weeks over 5000 graduate and undergraduate courses were offered online and up to 570 000 online visits. Many students will retain online learning into the future, also allowing ZJU to expand its offering. It’s feasible that this additional demand will need additional educators and, in an online environment, there’s no reason that this can’t be fed by freelancers.

Leaning in to freelancing

Since March this year I, like many others, have been collaborating through technology with people who live literally as close as next door or half a world away, and our ability to deliver projects has impressed me. So it’s not too difficult to imagine how much the gig economy can potentially disrupt us more than it already has. Can companies embrace and adopt this new economy without eating themselves alive?

Forward-thinking companies are recognising the benefits of not only hiring gig workers, but also encouraging their employees to freelance. Instead of investing in professional development training programmes, freelance projects could be identified to serve that purpose.

Freelance gigs allow employees to develop new skills they might otherwise not have gained in their day jobs. Spending as little as 10% of available work time (half a day per week) on a passion project could greatly keep engineers engaged and happy, as well as keep the company on the forefront of the latest trends and technology. Opportunities to freelance to support disadvantaged communities and charities also offers up a humanitarian option for those wishing to give something back.

Tapping into the wisdom of the crowd isn’t a new idea, albeit the unpredictability caused by COVID-19 is turning the traditional procurement channel on its head and forecasting crowdsourcing to play a central role in reshaping the business landscape. It balances the power of influence between huge corporations and individual professionals, something structured versus something flexible.

It doesn’t have to be a battle of one versus the other – but rather the integration of both freelance and permanent roles to get the best from both worlds. Perhaps embracing the gig economy this way will help us ‒ rather than merely moving on from the pandemic – move forward to the future and a new normal for deciding who gets the gig.

Aurecon’s award-winning blog, Just Imagine provides a glimpse into the future for curious readers, exploring ideas that are probable, possible and for the imagination. This post originally appeared on Aurecon’s Just Imagine blog. Get access to the latest blog posts as soon as they are published by subscribing to the blog. 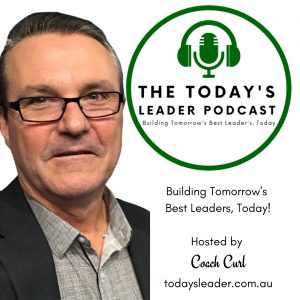 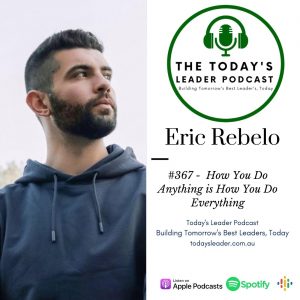